A trip to Chitkul: My quest to be Himalayan for life

This is how my journey to be a Himalayan for life started. My body and mind stopped responding to a mundane life of corporate world, and I quit my job to embark on an unforgettable journey to this beautiful place.

To be born and brought up in the Himalayas is a great privilege not everyone gets. And I am one of those lucky chaps who grew up rolling in the mud of the mighty mountains. Exploration is an instinct that grew stronger and stronger as I traded off countryside living for higher education. There is a saying: if the smell of Himalayas creeps into your blood, you will return to the misty mountains time and again. And this is how my journey to be a Himalayan for life started. My body and mind stopped responding to a mundane life of the corporate world, and I quit my job to embark on an unforgettable journey with my friend (Sunny) to Chitkul – a beautiful, small village situated at an altitude of 11,320 feet in Kinnaur district of Himachal Pradesh. I still remember biting cold morning of February month when winter was in full swing. My hometown (Shimla) was already shrouded in a thin layer of snow when we booked two tickets to Sangla – 215 km away from Shimla. The temperature was in minus, and the idea of travelling on the bike was already out of the question.

At 7:00 a.m., we grabbed a seat in an HRTC bus that took us to Sangla. We reached there at 6:00 p.m. when it was snowing. With great difficulty we managed to find an affordable room at a homestay; spent a night there and woke up in the morning to see the entire village covered in a one-foot thick layer of snow. It was a great disappointment to know that the traffic had come to a halt and travelling to Chitkul – our ultimate destination which was still more than 22 km from Sangla – looked impossible. We requested a taxi driver and hired him who managed to take us 4km on the snowy road, and finally gave it to circumstances when the car skidded to hover a foot over the edge of the road. 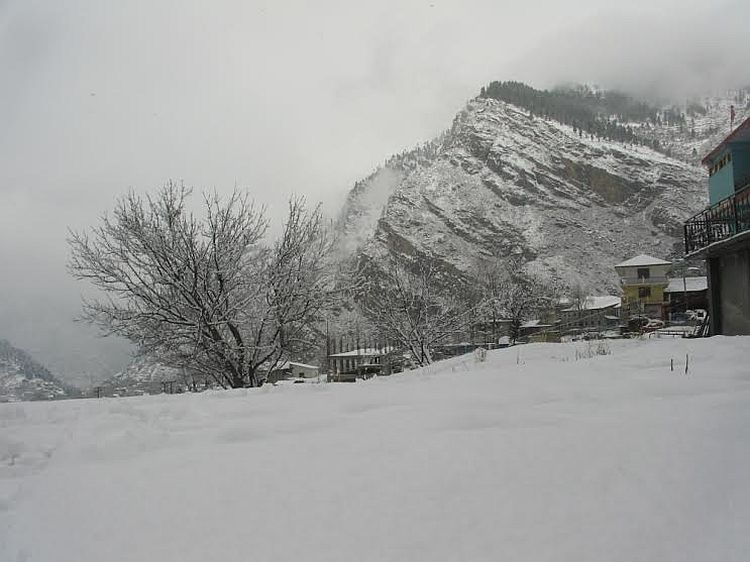 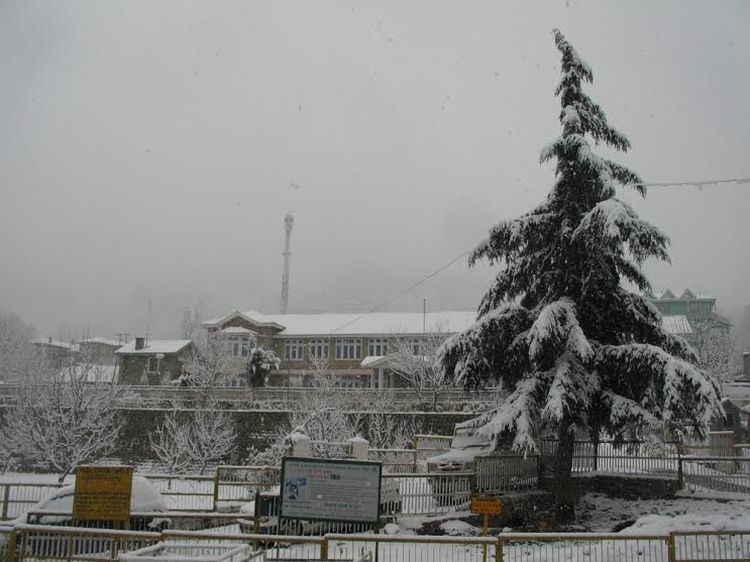 We paid the brave fellow and decided in a fraction of seconds to move ahead to cover another 18km on foot to reach our destination. We kept walking while leaving our footmarks behind us on the untouched snow. It had started snowing again, and all we could hear was the sound of fresh snow crunching under our feet in petrifying silence that accompanied us for another seven hours until we reached Chitkul at seven in the evening. Snow, which measured mere a foot in the day, had piled up to two feet by the time we reached our destination. 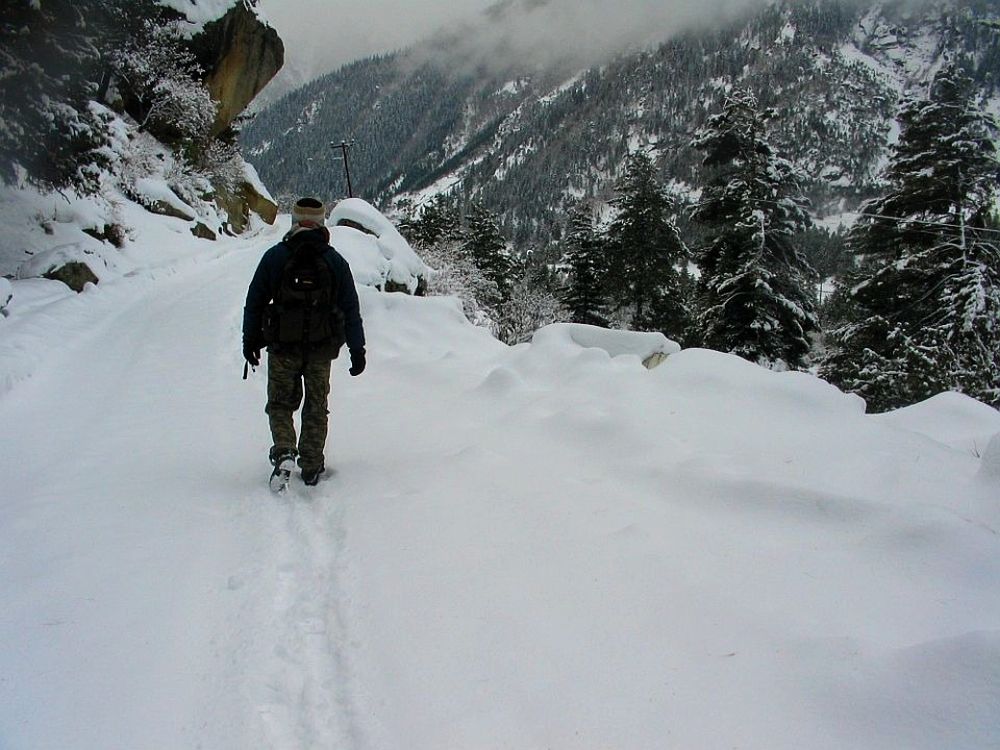 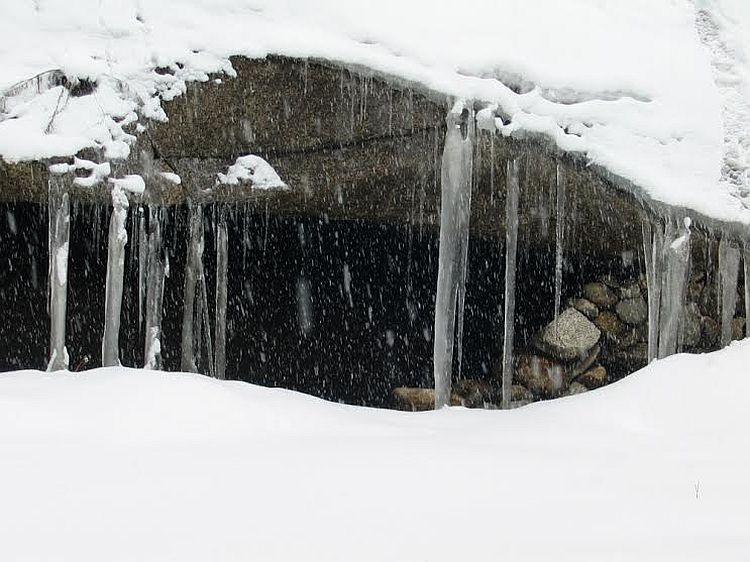 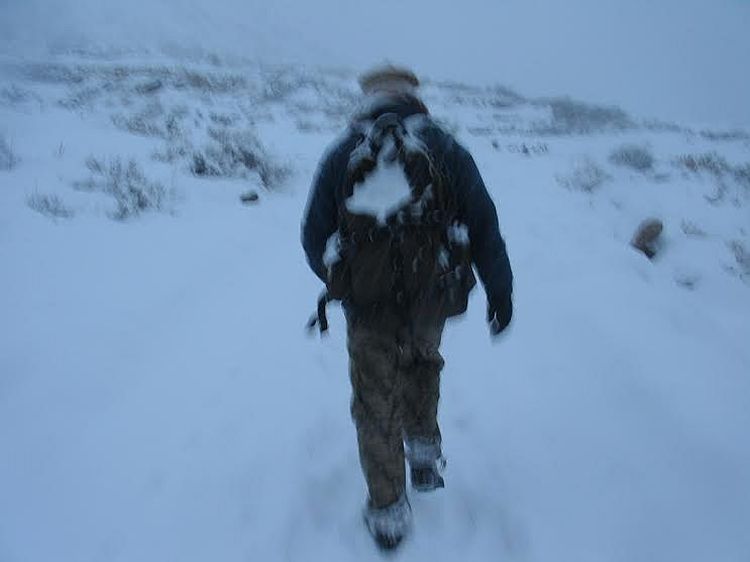 It snowed for another one hour and suddenly came to a halt while we finished finding a room at HPPWD resthouse. The caretaker, a localite, at the resthouse was more than amazed to see us all draped in the snow in time when no traveler dared visiting that region of the state. He was kind enough to offer us warm water for drinking and washing hands and feet, followed by tasty food. As we stepped out in the small courtyard after having dinner (there was no balcony as the building was single floor) to see the weather, we were amazed to see what the Mother Nature had bestowed us with – a million dollar view of the valley shining like a pearl in bright moonlight. We were the only two people, other than natives, to have been offered an opportunity to see a never-before-seen view of the valley, as per the villagers. My camera was out of juice and power supply had already crippled in the village due to heavy snow, all we could do was store all the beautiful memories in hard disks of our minds. 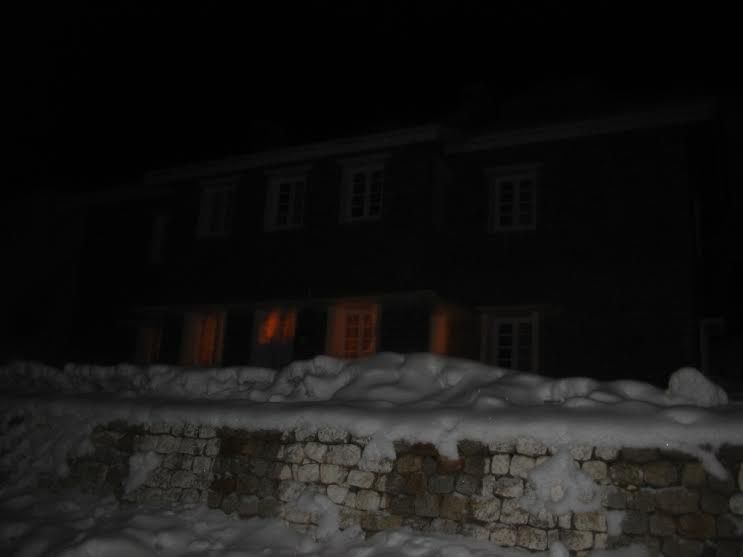 Next morning, we did not want to leave that place, but clear weather and sparkling snow invited and challenged us to get rolling on the way back to the zero point. We also accepted the challenge with great courage and courtesy and started walking back again.

Bad weather, deep silence, bone-chilling winds, hunger, and tiredness were few things we eventually befriended on our quest to be ‘Himalayan for life,’ and, in all certainty, this was one of the best things we ever did. 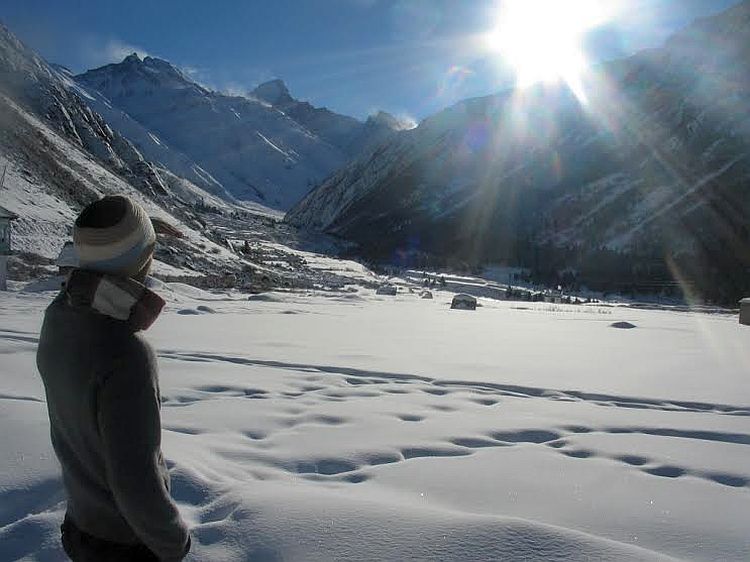 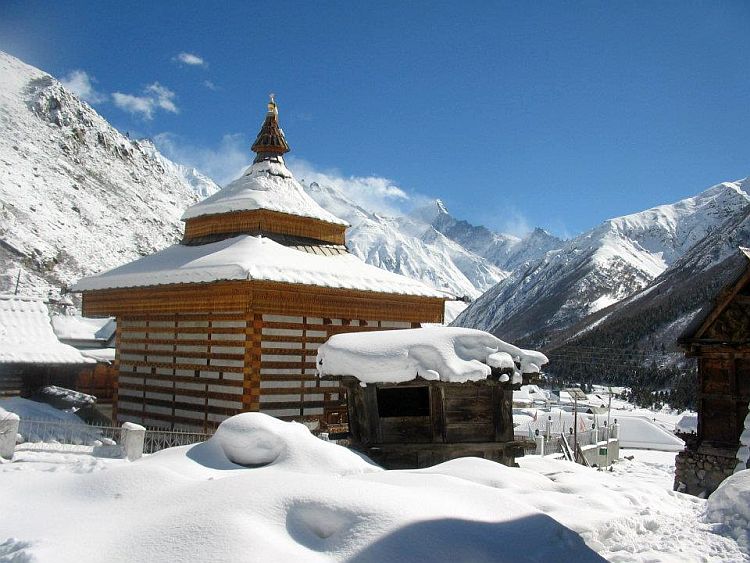 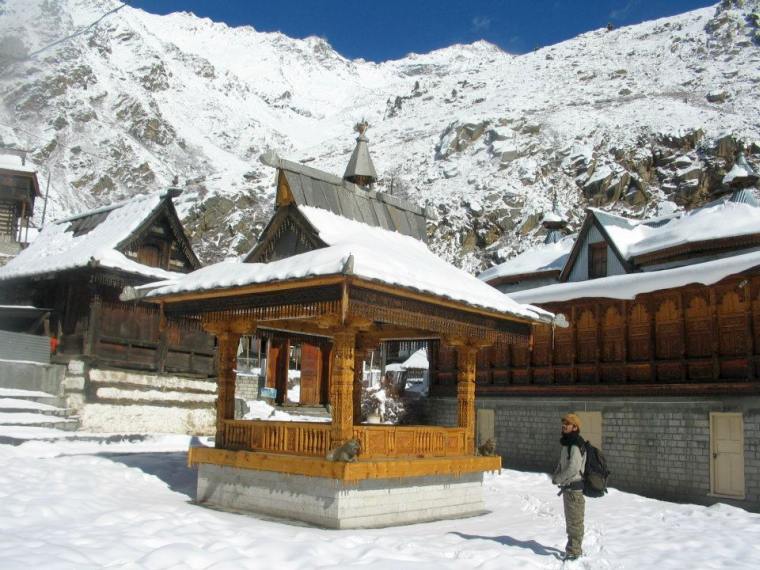 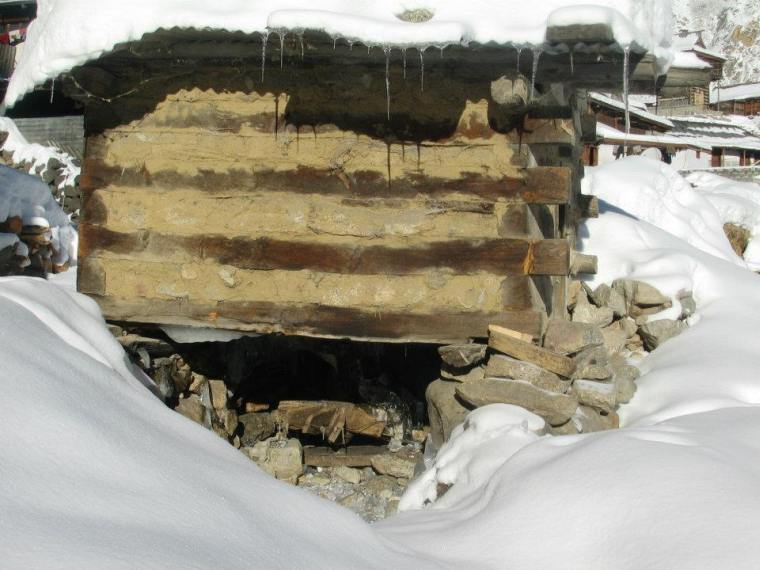 Watermill refuses to work as water freezes to ice 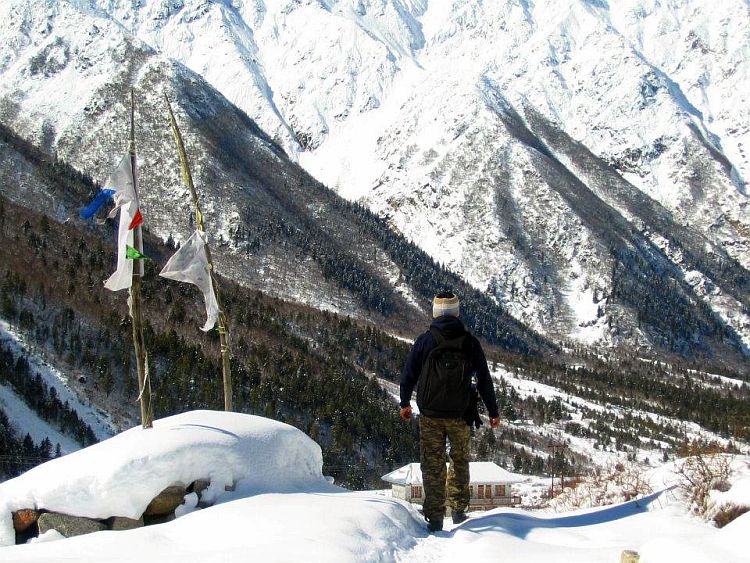 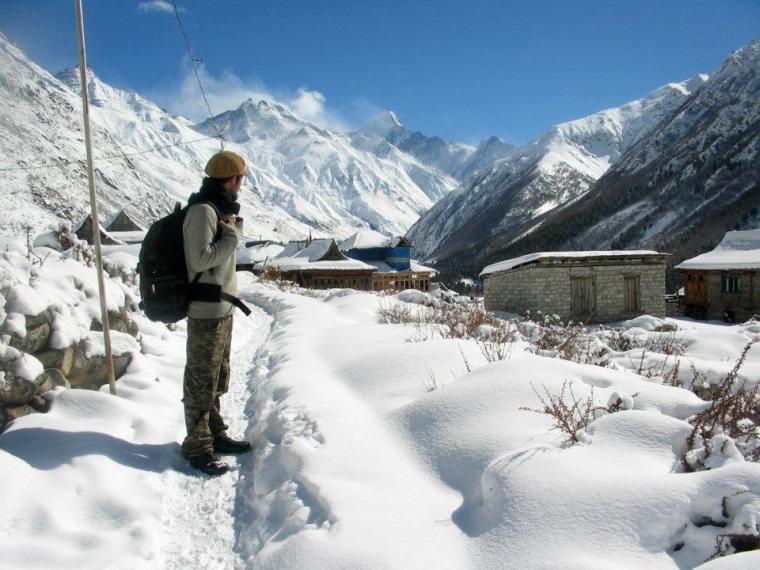 We wanted to stay for longer at this majestic place, but alas! 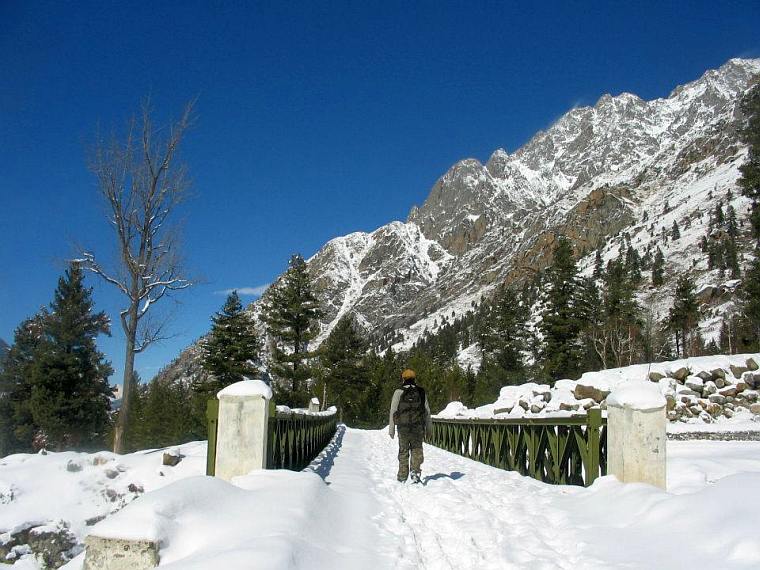 A small bridge adorned in a thin layer of snow 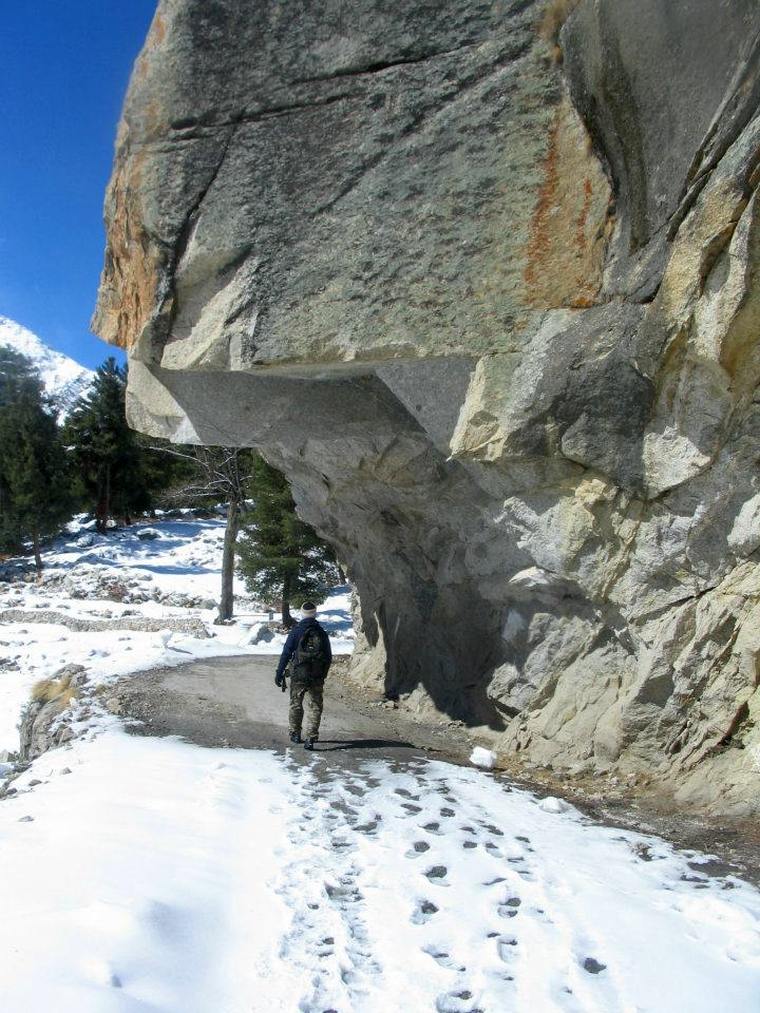 On the way back from Chitkul