Aadi Himani Chamunda Temple Trek: This is how I remember Dharamsala

Like they say: your feet start taking long strides as soon as you hear the call of the mountains. This time it was my name that was being called for.

Dharamsala, another great tourist destination in Himachal Pradesh, is a few hours’ journey from Shimla on the curvy, well-asphalted road to Kangra district. I had never been to this place before and I’m glad I embarked on this adventure. Like they say, your feet start taking long strides as soon as you hear the call of the mountains. And this time it was my name that was being called for. Time had come to shower in the divine blessings of the gods up above.

I packed my bag and boarded an HRTC bus that took me right into the heart of Dharamsala. The next thing I was looking up at was the ominous Dhauladhar Ranges – the crown of Dharamsala – painted in white, and a beautiful temple hidden behind those crests.

After the long tiring journey, I reached by my friend’s place and we had a good long talk on what went on in our lives for the past 2-3 years since we hadn’t met in a long time. And before we knew it, sleep took over and we slept for the night with anticipation of the next day’s journey.

As we got up in the morning we were greeted by murky skies and rain which was not in our scheme of things for the day. But we only had one day as our schedule was tight and we had no other choice but to go ahead with the journey. It was still raining as we took the first step outside the house and on our bikes to the base camp near Jia Village, which is around 3-4 km from the town. We parked our bikes and geared up for a 7.4 km long moderately difficult trek to a maximum elevation of 2864 meters. 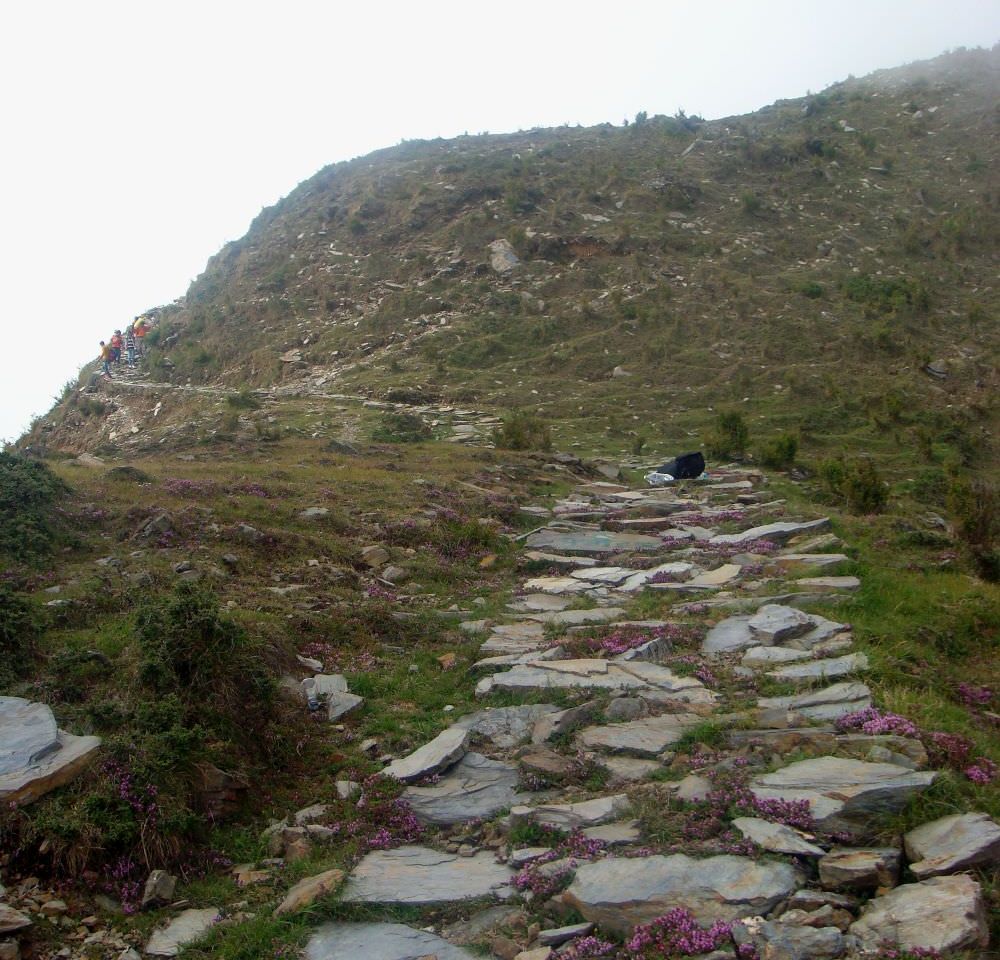 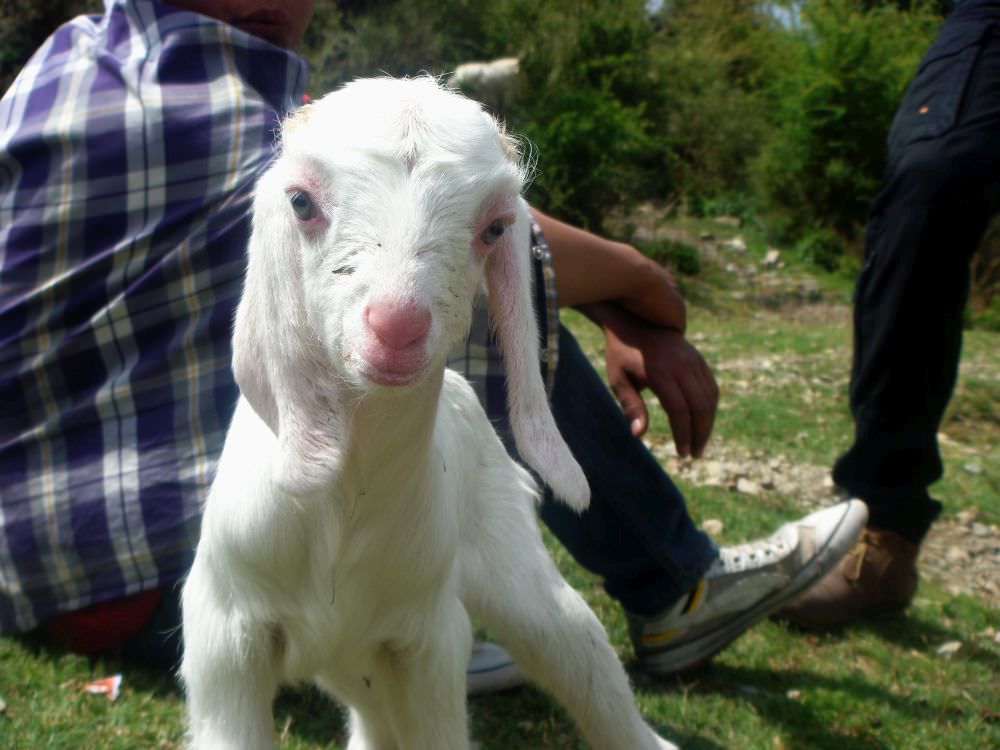 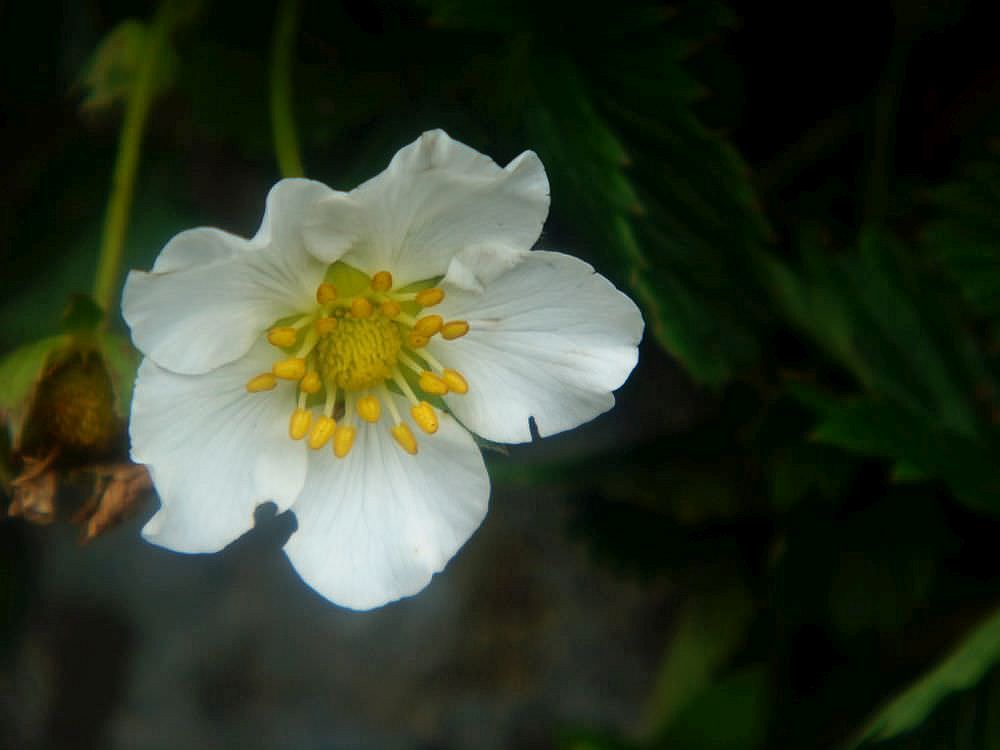 This is how Mother Nature welcomed us

The trek discreetly ascends toward the high mountains which showed us the glimpses of nature’s splendor and after a few kilometers, we realized the trail was taking us far above the city of Dharamsala. Every turn revealed a bit more of the cityscape and it was nothing less than bird’s-eye view of the huge town with traces of mist and overhanging passing clouds which unleashed their fury earlier in the morning.

After around halfway through, we stopped in a small stone-stacked shelter which trekkers use to take a bit of rest and relax after walking constantly for around two hours. We had food that we brought along and not to forget the sprouted black grams which we desperately needed to give us that burst of energy for the final few kilometers of the trek. 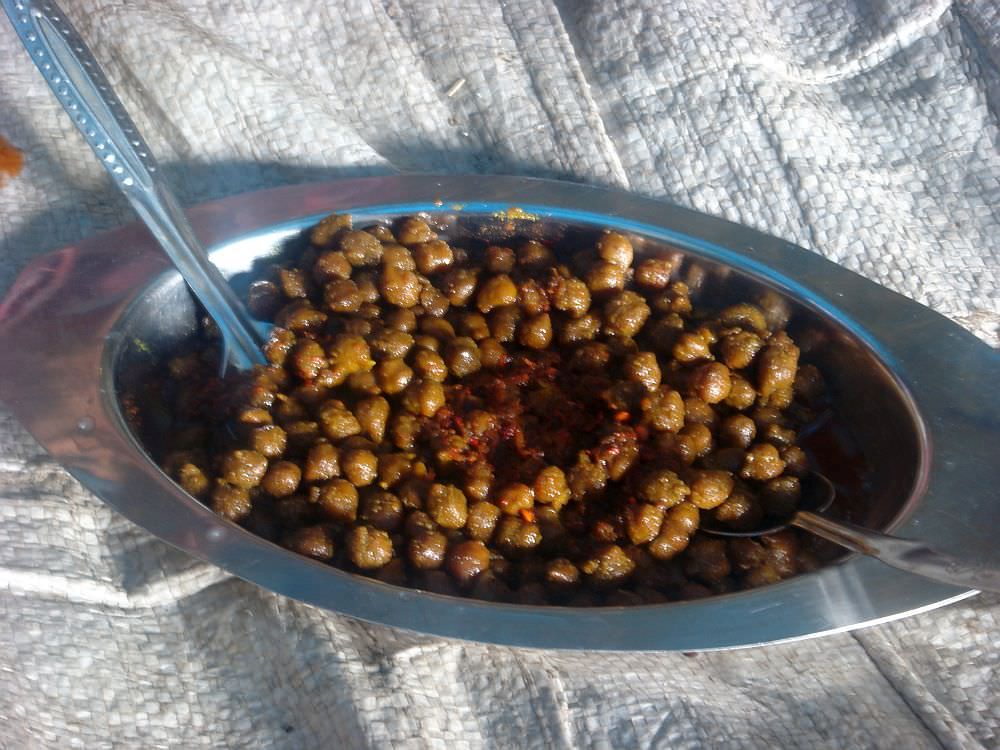 Sprouted black grams we had on the way up

We kept walking through the coiling ascends of the mountain to reach a place which was like god-sent heaven. Flowers were blooming and there were natural pathways of grass which I never wanted to leave but had to as we had to reach Aadi Himani Chamunda Temple before the sunset.

Finally, after walking for one and a half kilometers we reached god’s land which had snow-laden mountains right in front of us. There was a visible pathway of stones sandwiched between small hills and we could see the temple closing-in on us, or should I say we were barely a few meters away from the main entrance. 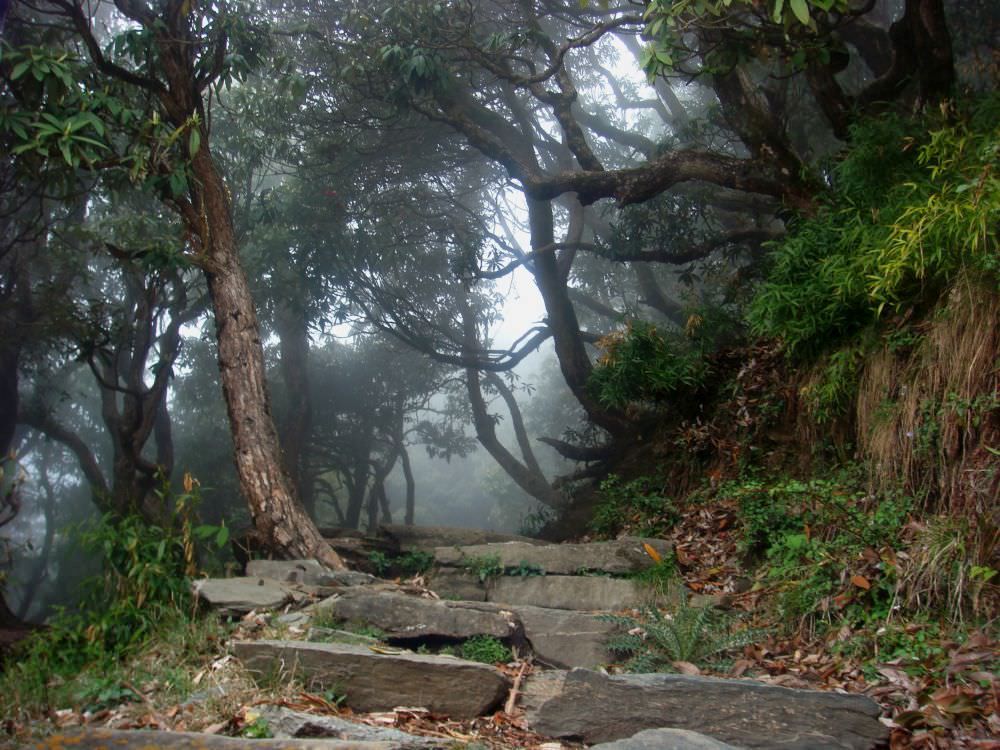 The trail leading to the top goes through rhododendron trees 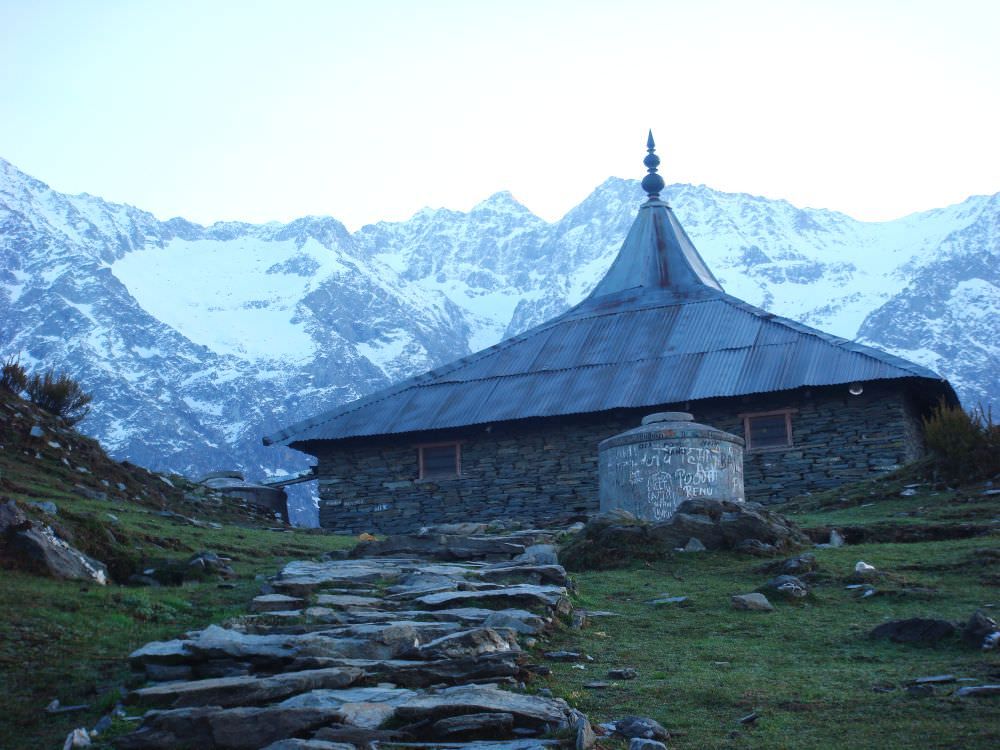 Luckily for us there was a religious ceremony on that day at the temple and many others had flocked in to experience the celebrations. We went inside the beautiful temple and said our prayers for the day and got blessings from the temple priest and of course from Mata Chamunda too.

Then the sun set upon us as it lighted-up the mountains which seemed just at an arm’s length as we rejoiced the nature’s splendor in its full bloom. That was a magical moment and time stood still for a few hours as I felt a divine connection with nature and the supreme force. 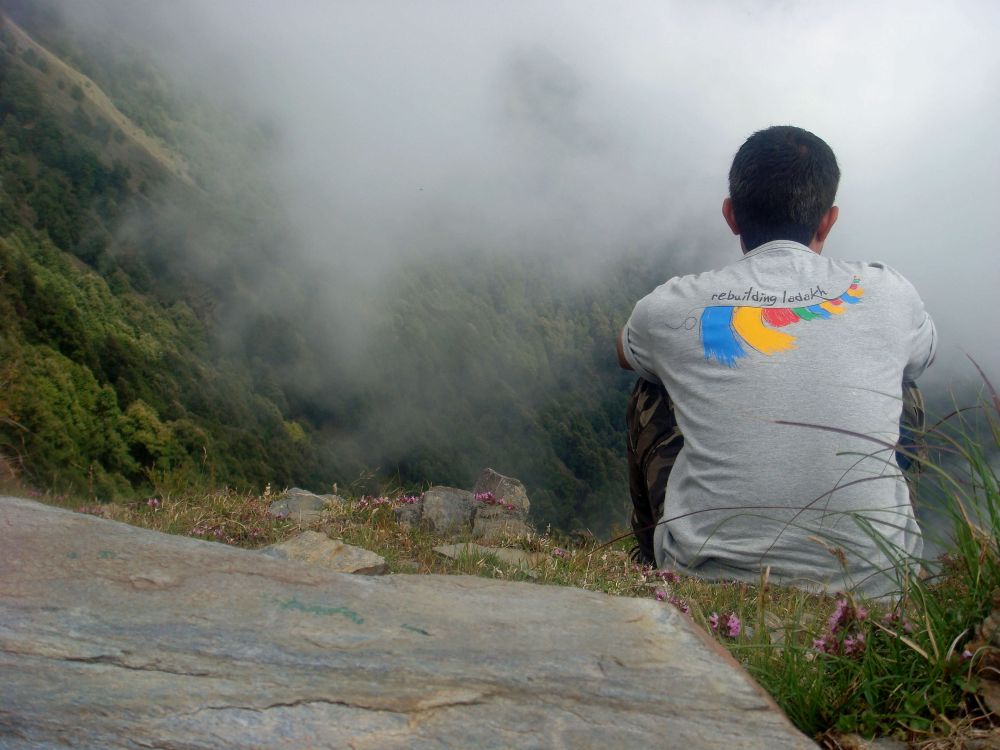 A beautiful place I call heaven 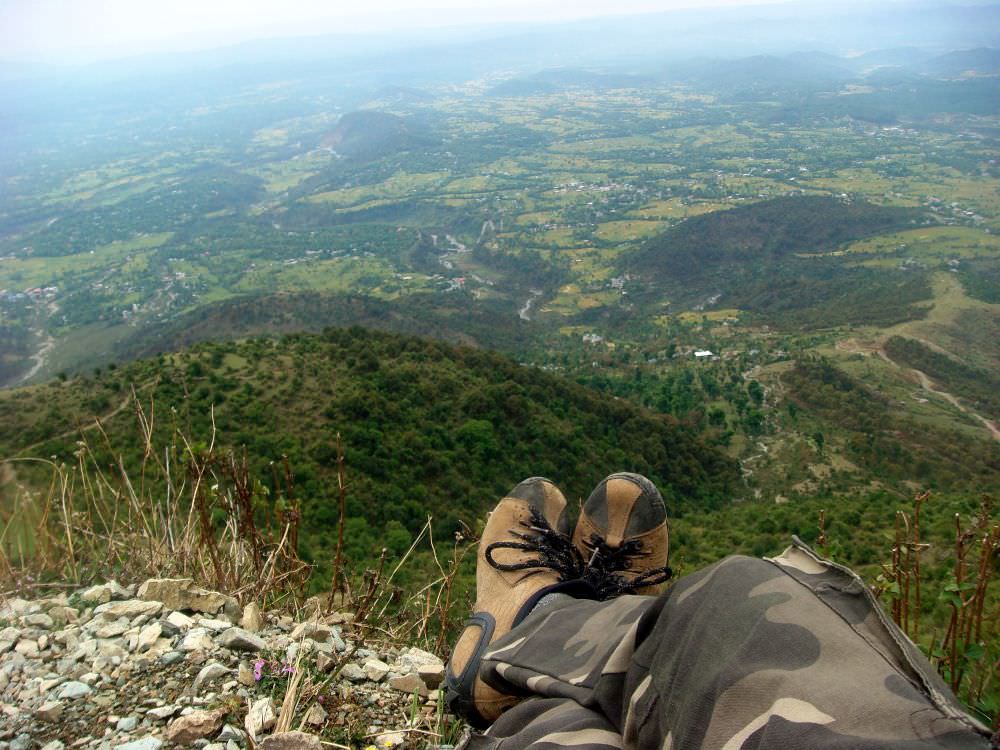 View of the whole valley on the way 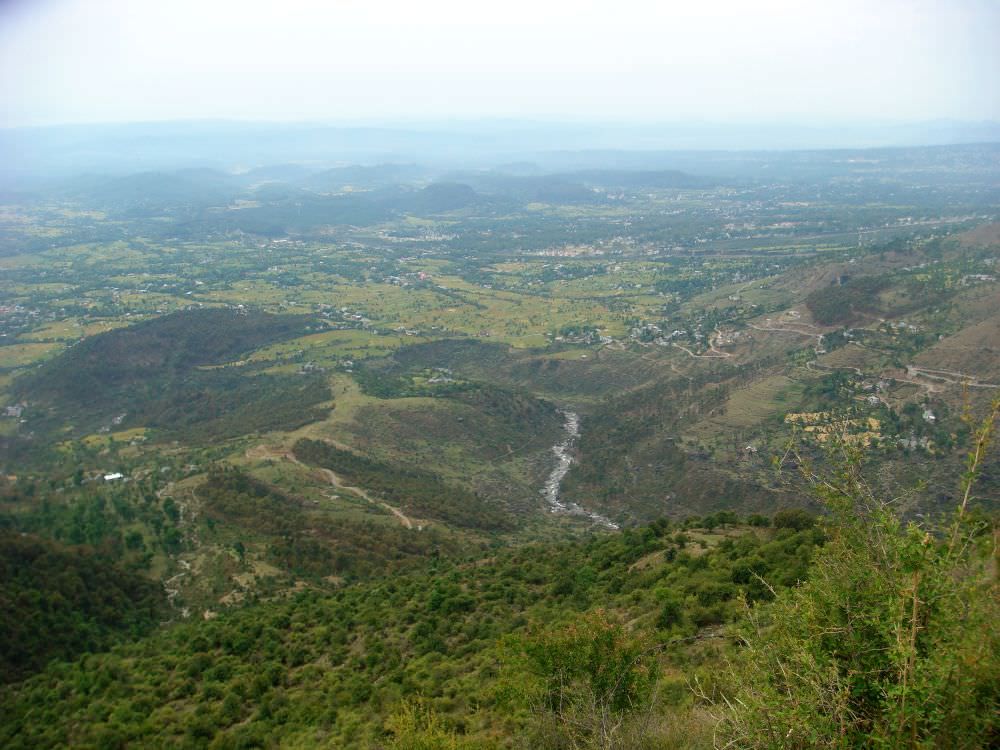 At this height, the temperatures drop considerably and from nowhere the clouds came in and it started hailing heavily. All of us took shelter in the small stone houses and after an hour or so it stopped. Thankfully it was time for the evening meal and we were glad that we had our tummies full of nutritious food, as frankly speaking we so wanted to taste the local delicacy. Soon the dark hours set in and we could see the whole Kangra valley and Dharamsala town light up in a 360-degree panoramic view. It was whimsical, to say the least as we felt like on top of the world at that moment.

It was around 9 PM and the temperature started dropping significantly. Suddenly we realized that due to so many people coming in we had to be proactive in acquiring our mattresses and blankets before it was all gone. Luckily, we got our share and found a good place to sleep in. As the clock ticked, it started getting colder with every passing minute, and soon we were cuddling each other to get warmth for a sound sleep in the chill. Although I might admit that it was hard but we did catch sleep of around 4 hours.

My sleep broke at around 4:30 in the morning and I woke up my friend to have a walk around the place. All others were sleeping and we didn’t want to miss this once in a lifetime chance to witness the clear blue skies and sunrise that was eternal.

The backyard of the Aadi Himani Chamunda Temple had a surprise in stall for us and we were awestruck by the divine beauty of the meadows, open areas with lush green patches and the humongous snow mountains in the backdrop. It was truly an experience which still gives me the goose-bumps as I write down my experience.

We enjoyed nature’s magic for over an hour before others also got up and we joined them at the morning meals. 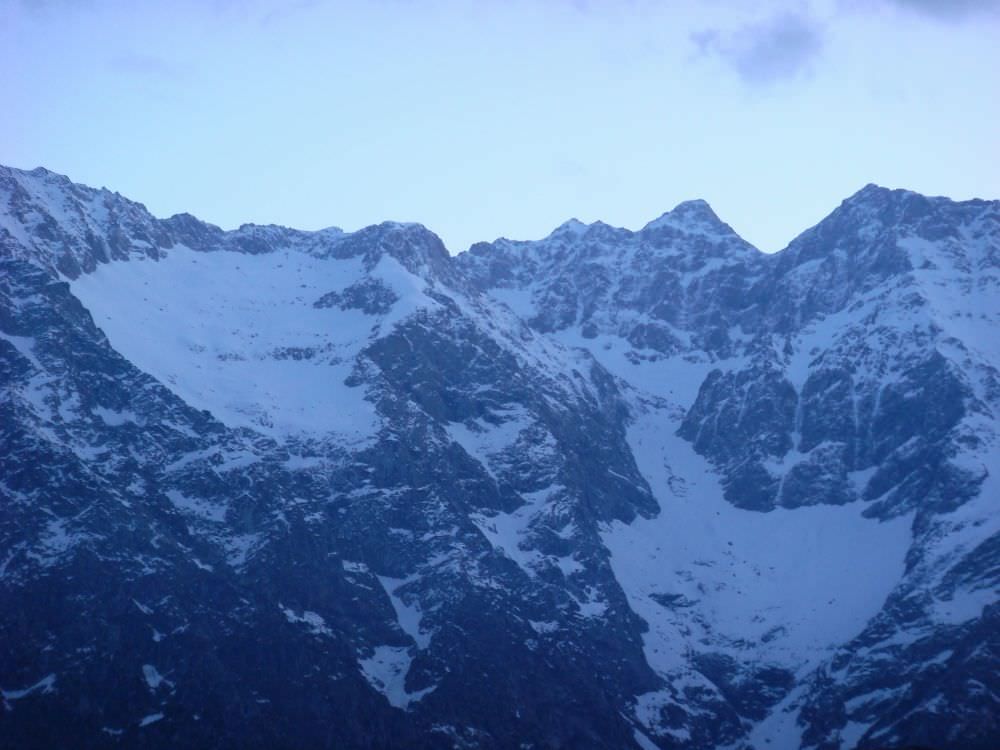 View of the Dhauladhar Ranges from temple campus 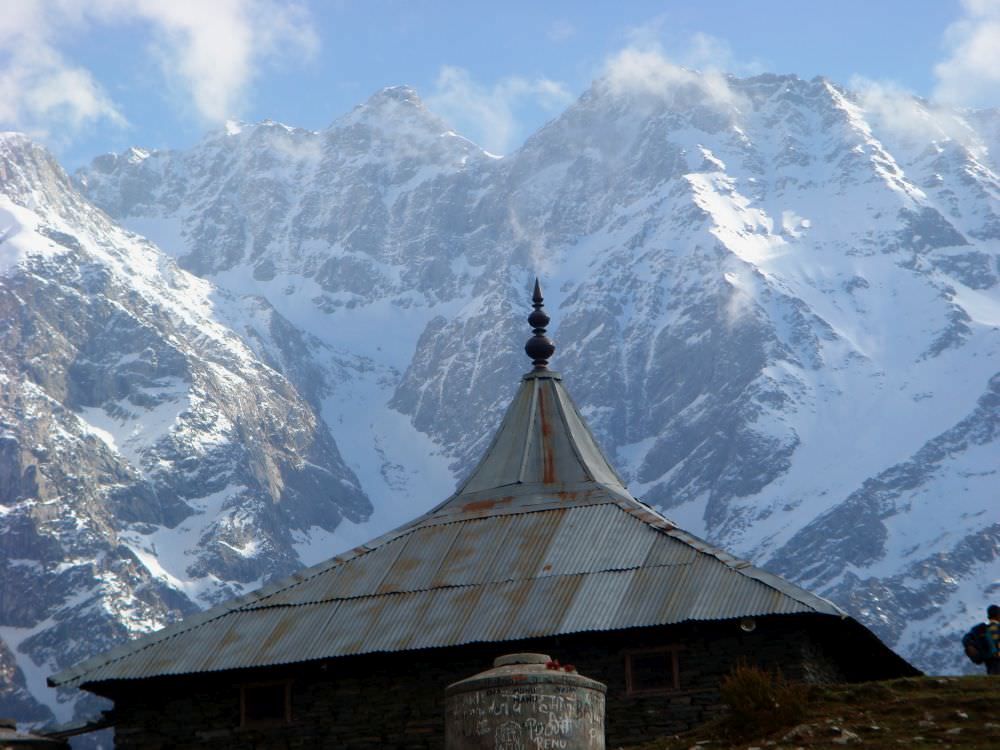 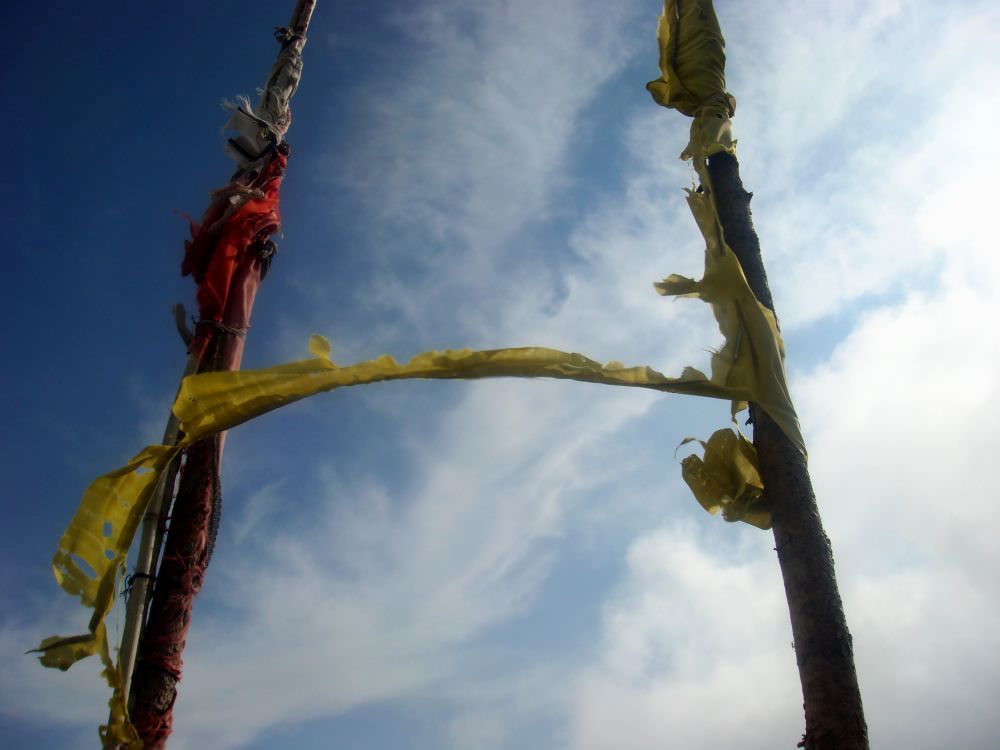 Purified air which we filled our lungs with

I didn’t want to leave this heaven but it was time to leave the place so that we reached Dharamsala city well in time. With all the happy memories in the back of our mind, we started the 3 hours descend and absorbed every ounce of nature that we could. It was a bright sunny day and it was magical to walk in the trails of this trek for a few kilometers more. We enjoyed a lot while descending as we were relaxed to the core and rejoiced the experience by talking about our journey uphill. Of-course we were a bunch of guys talking about other stuff too on the way and having a good laugh all along.

Finally, we reached back to the base camp in Jia and realized we were dead tired. Our legs were paining, and it was the perfect time to have a Dhaba tea and some eatables to replenish our depleting energy reserve. We bid goodbye to the place and enthralled with the experience, reached back to the friend’s place where we took a shower, ate food and slept for good 3-4 hours.

Soon we realized that our escapade was over and it was time to return to my hometown. Back to the busy schedules and the hustle of city life. We boarded the night bus, and as I started to see the Dhauladhar Ranges slowly getting away from me I wanted to savor this experience for a lifetime.

It wasn’t surprising that I visited Dharamsala a couple of times after that, but this experience was etched deep in my mind. The Aadi Himani Chamunda Trek was indeed what I anticipated it to be, even more, to be frank. 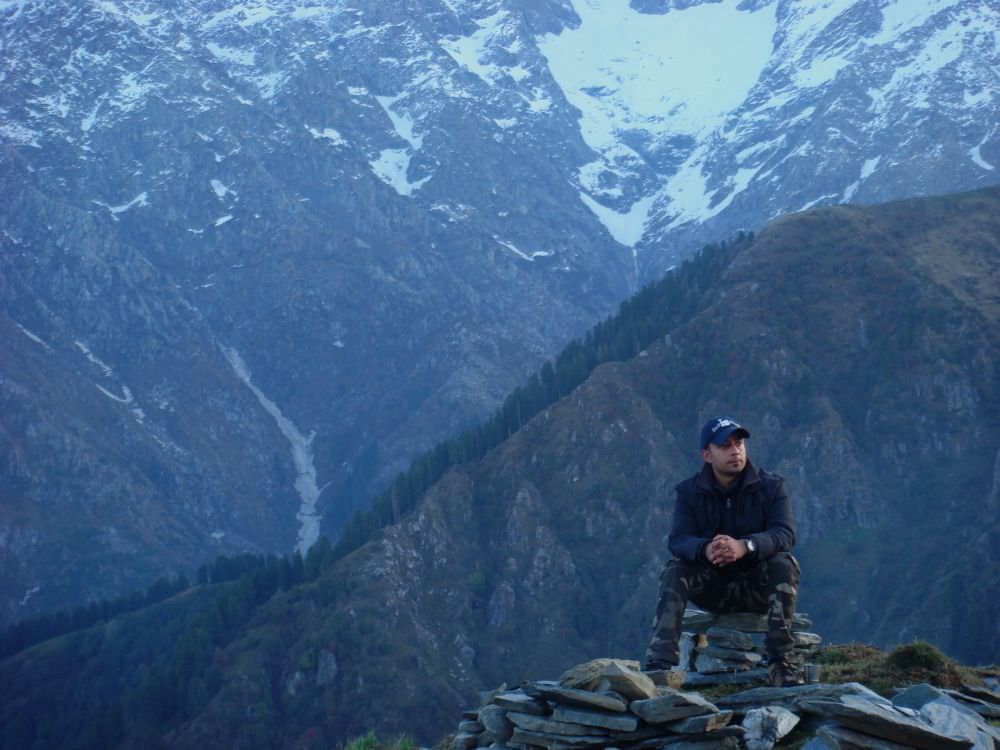